Because many researches proved that it's cheaper to retain your customers than acquire new ones, customer retention became one of the most critical goals for businesses. Churn itself is a term that describes a phenomenon of customer retention. With the churn analytics you are able to predict who and when become less and less engaged and they are able to be lost. This feature lets you find answers on the following questions:

Tip: Under the usual circumstances, it takes 2 to 4 hours to calculate the model, however, the more data is provided, the more time system needs to calculate. 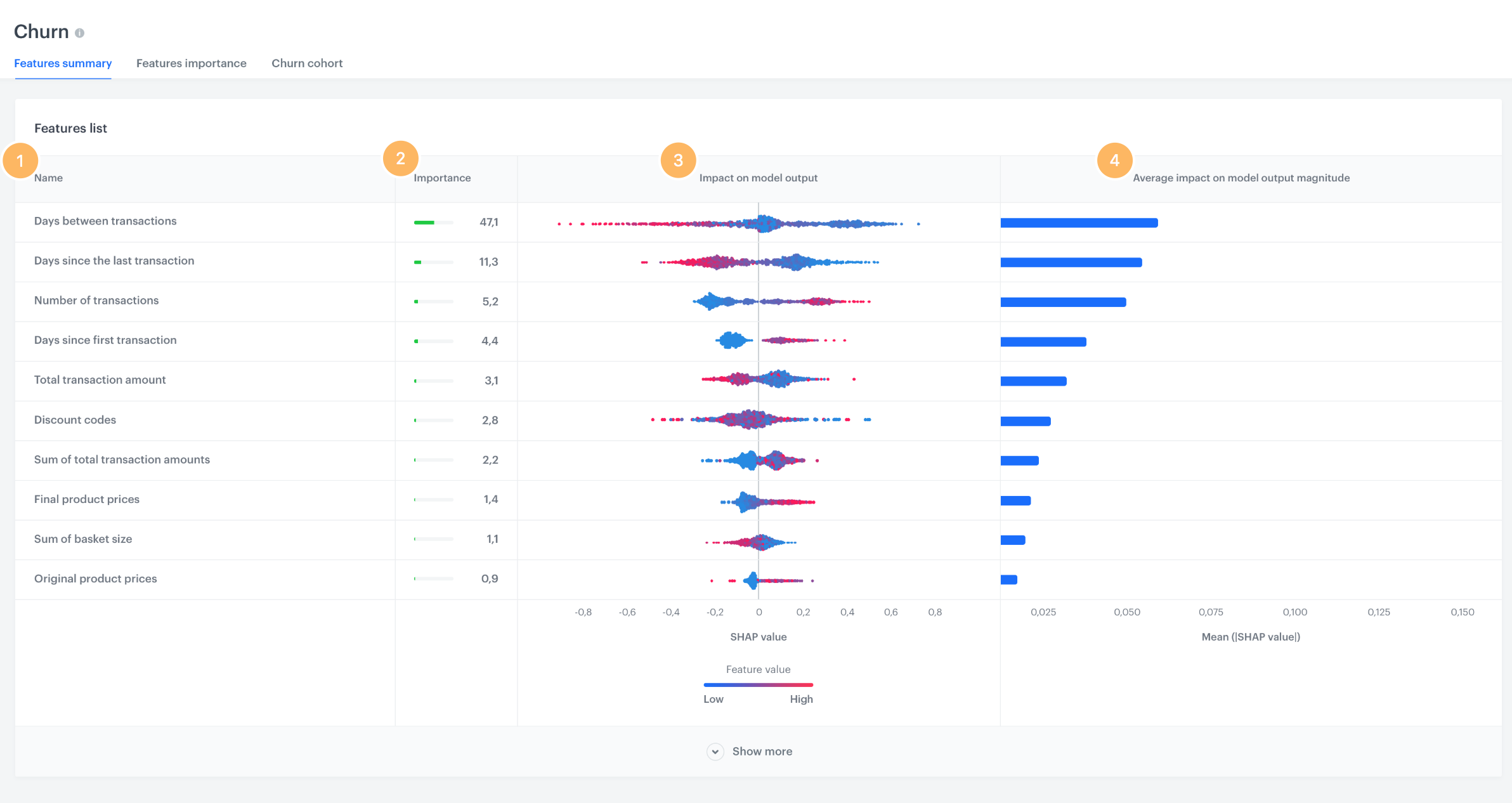 SHAP values provide explanations of the output of machine learning models by breaking down a prediction in order to show an impact of each feature. 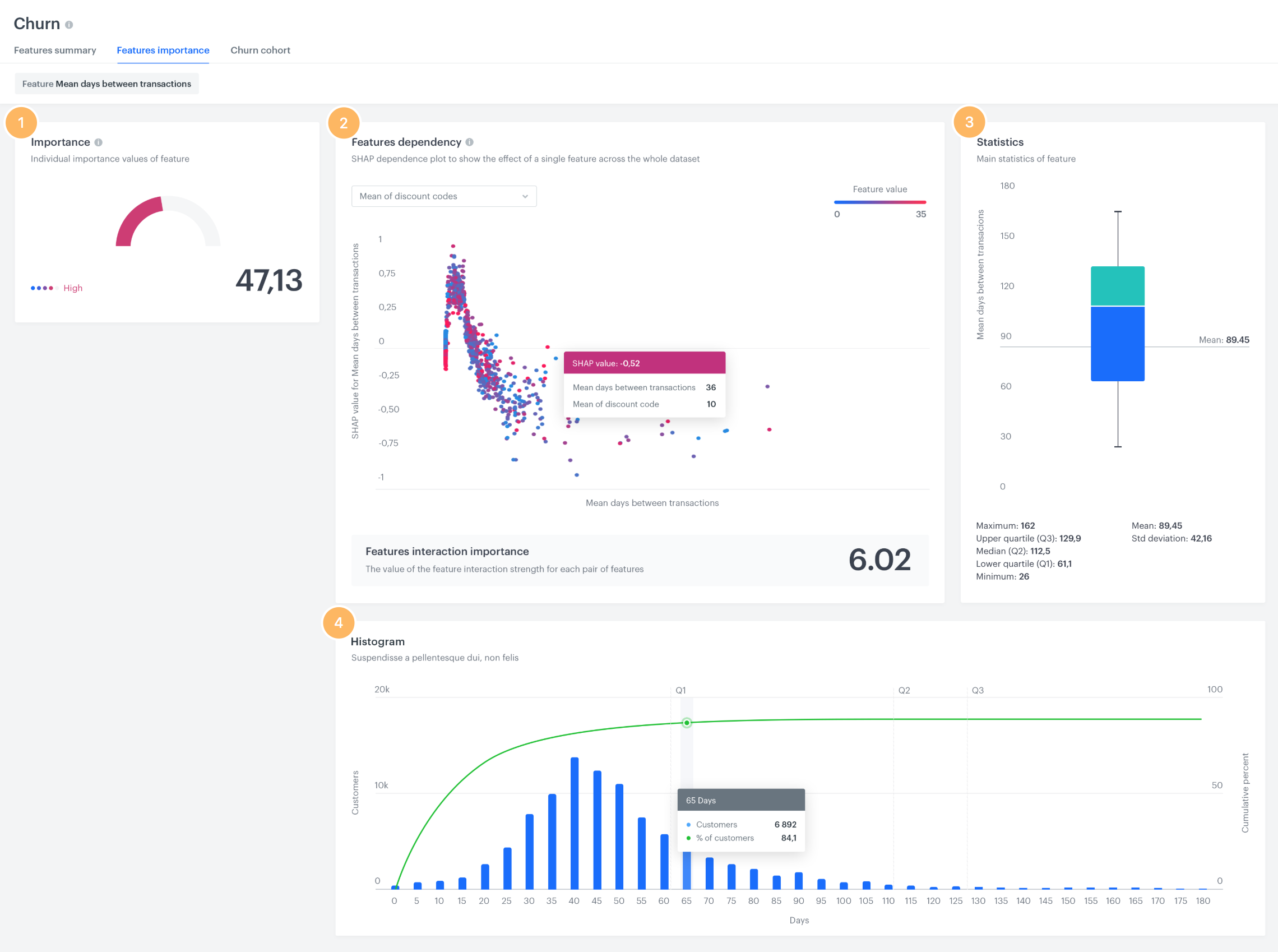 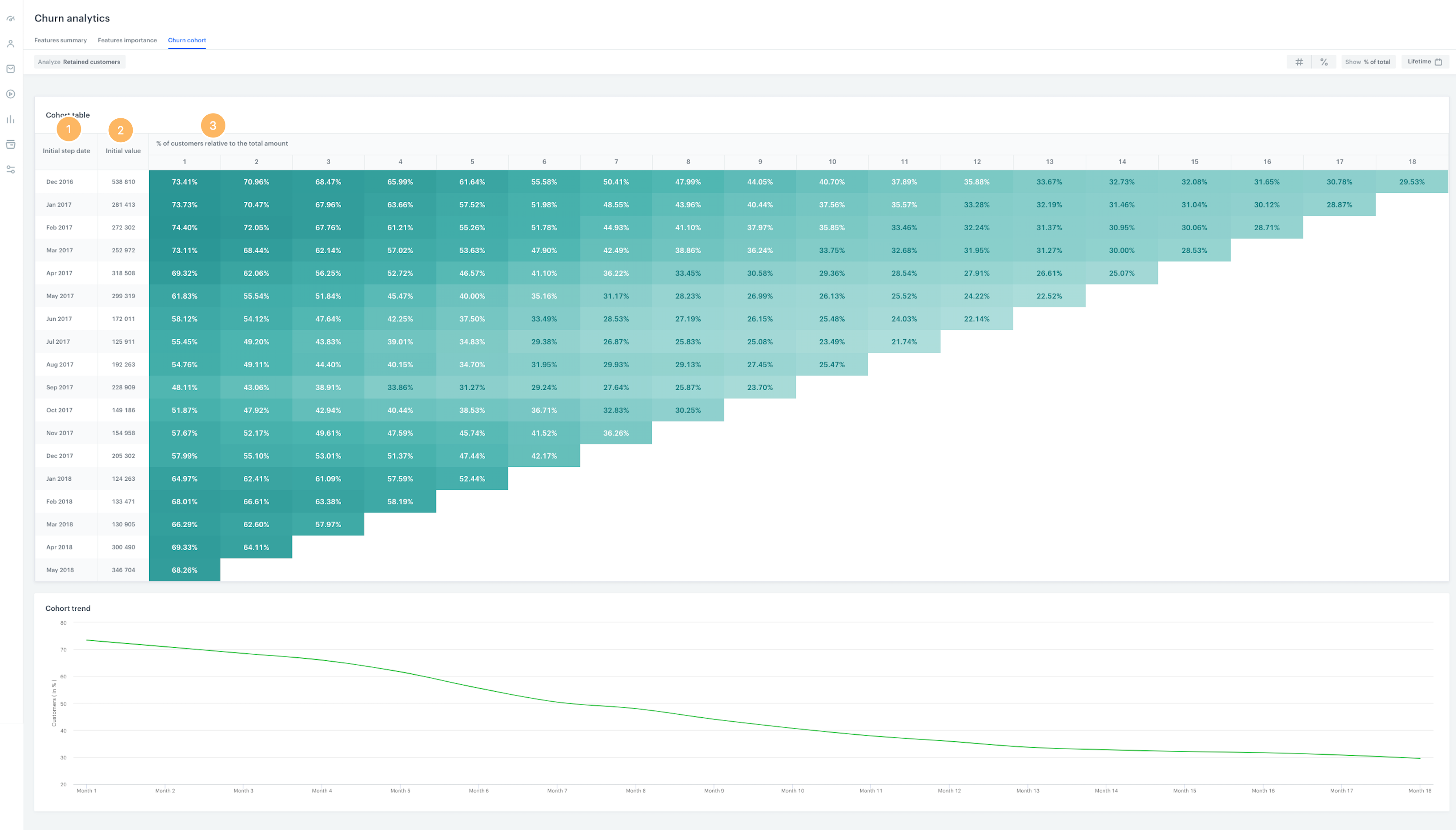 A cohort analysis divides customers who subscribed in a particular period into groups (cohorts). Due to this division you can analyze their engagement and how it has changed over at the same time being unaffected by the individuals in other groups.

Did this article answer your question?

We are sorry to hear that

Thank you for helping improve out documentation. If you need help or have any questions, please consider contacting support.

Thank you for helping improve out documentation. If you need help or have any questions, please consider contacting support.